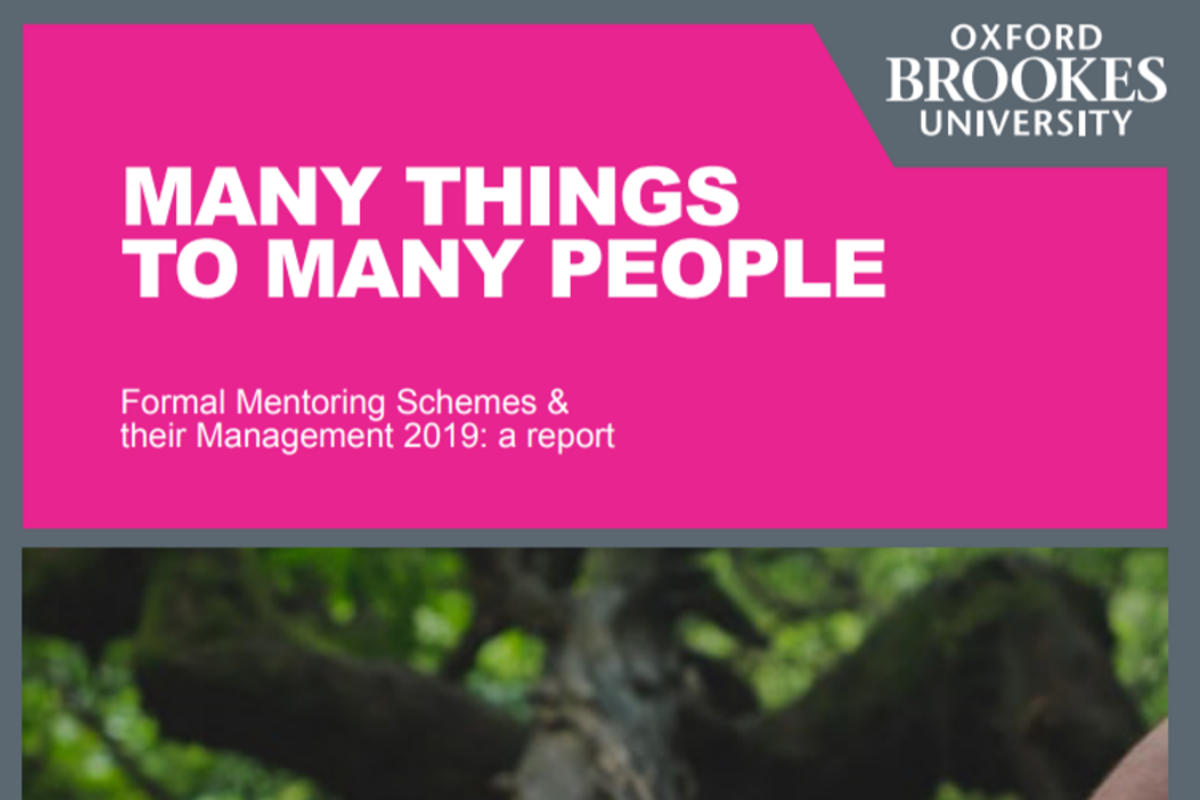 The network was formed from a project funded by the University of Oxford’s ESRC Impact Acceleration Award, and was recently awarded further funding to create this report. At SMN, we were interested in learning from the findings of this report and wished to share it with our members.

The research was undertaken by using a survey comprised of 60 questions, covering the nature and scale of formal mentoring schemes, their operational management and the tasks, support and skills of mentoring scheme co-ordinators. 170 organisations from across the U.K. responded, 5 of which are based in Scotland. Interviews were also conducted, which focused on the experiences of those operating the mentoring schemes.

A framework of three P’s was used to structure the report: the first P is Purpose, which captures the range of issues which formal mentoring schemes work to address. The Purpose section also investigates the challenges presented by the schemes having to operate in a cost conscious manner. The second P, Practicalities, highlights the ways that the schemes operate – from juggling administrative tasks to strategic tasks such as fundraising and promotion. The final P relates to ‘People’, focusing on mentoring scheme co-ordinators. One of the conclusions of this research has been that the role of the mentoring co-ordinator can be a rewarding but sometimes isolating one.  At SMN we were struck by the conclusions in this report, because they reflected our own experiences.

Many of the conclusions from the report identified gaps in support for mentoring programmes, which in fact are services that Scottish Mentoring Network already offer. For example, one of the conclusions states that “Sharing expertise across different groups of formal mentoring scheme coordinators might go some way to enhancing volunteer management and problem-solving the issues”.  We know that our diverse programme of networking events enable our members to participate in expertise sharing, and thus alleviate the potential isolation of the mentoring co-ordinator role.

The next phase of action from STAMINA includes capturing more in-depth insights from formal mentoring schemes, which is why SMN have invited Dr Judie Gannon to run a workshop at the National Event and Recognition Awards this year. This session will allow our members to take part in the next round of research, and create conversation around the recognition of the value of formal mentoring schemes. Read the full report in the link below.

If you haven’t already, you can book your place at our National Event and Recognition Awards via our online portal here: http://bit.ly/NationalEvent