NEWS: Action for Children are rolling out a UK-wide programme to divert young men from organised crime 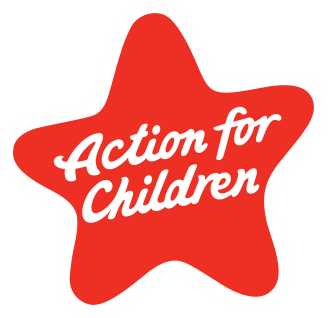 Jamie admits that his motivation for getting involved in gang activity was purely financial.

"Coming from a rough area where there was no money, you had to get it somehow," he said.

Raised in a Glasgow housing scheme, he had a fraught relationship with his stepfather and by the age of 14, was prone to violence and was on the verge of a drug habit.

He started selling cannabis before moving onto harder drugs for cash. Gang violence became part of the territory and eventually, Jamie - whose real identity will be anonymised - found himself in police custody.

But during a stint in prison, he made a decision that he claims saved his life.

Jamie joined a programme run by Action for Children which aims to prevent children becoming indoctrinated into organised crime.

Through the charity's work, he met friends and mentors, was given immediate job opportunities and was assisted on a long-term career path.

Now 22, Jamie said that without the programme he would likely have returned to a criminal livelihood as soon as he walked free from jail. The project is now being rolled out across the UK.

He said: "I never really looked back on my life too much until I got the jail. I got to think 'what do I want to do with my life? Is this what I want to keep doing and end up dead, addicted to drugs or something worse?'

"So I started developing myself in jail - I did a lot of stuff in the gym, a lot of stuff with the army outreach, got my third year apprenticeship in joinery.

"A lot of young boys don't get the opportunity to realise their potential because they're in schemes - no outreach programmes, no help, no nothing."

Jamie found himself in a similar mindset from an early age. He hated school and the discipline that went along with it - he also found himself regularly using force to deter bullies.

After being expelled from two schools, he decided "school wasn't for me".

"From there on it was the streets and whatever you could to make a quick buck," he said.

"All the older boys at our scheme would give us all the stuff. We'd sell the drugs for them or they'd say something needs smashed up or they need this brought to them and we'd go do it for money.

"I was addicted to drugs - I was smoking a lot of cannabis, I was taking those fake valium and I was only a young age. There was only one other option - it was jail or dead and jail saved my life."